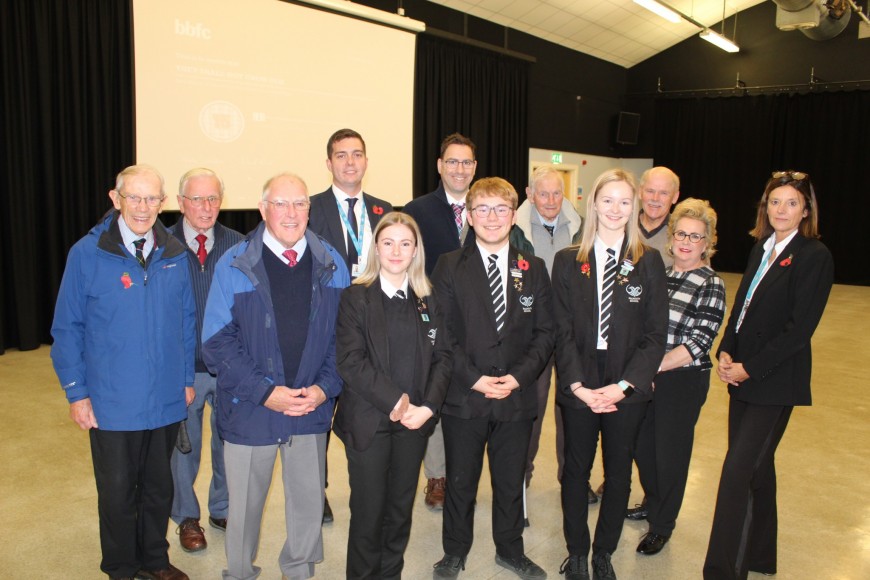 As part of Falmouth School’s Remembrance Day plans, we welcomed students, parents and members of the community for a film screening of ‘They Shall Not Grow Old’ on Armistice Day. The film is a record of the first World War in colour, from Peter Jackson and was shown in the Main Hall for a real cinema feel with the big screen and tiered seating.

Head of Humanities at Falmouth School, Ben Christophers, said “It’s a harrowing film, but it gives a real sense of how things were and is particularly poignant at this time of year. It was fantastic to see the community get involved with this, as well as parents, students and staff.”

Elsewhere as part of the school’s memorial plans, wreaths were laid on Remembrance Sunday while Louie Draycott, Ben Pellow and Reuben Hesser played the last post during an impeccably observed two minutes silence in the school on Monday.