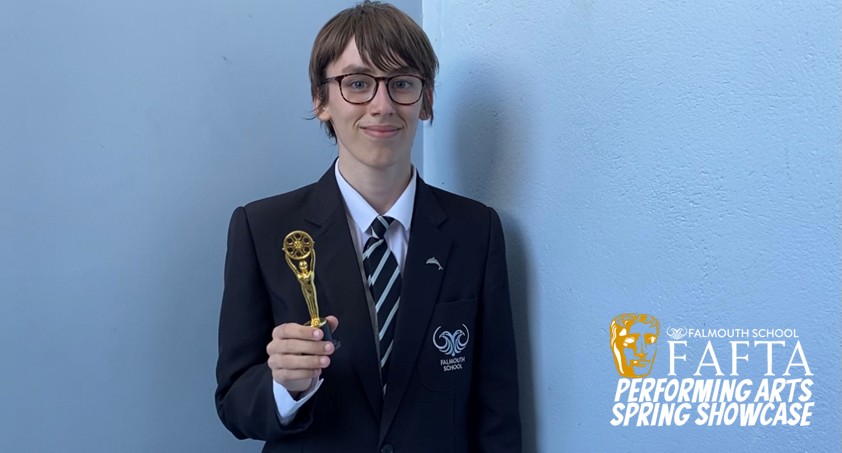 The first annual Falmouth School FAFTA’s launched this year and following the awards ceremony this week, we have our first winners too! Students have been sending in their entries for several weeks now in the various categories, including; virtuoso music performance, virtuoso vocal performance, virtuoso spoken performance, virtuoso dance performance, Tiktok dance and Speciality Act. In the end the shortlist was finalised with; Danny Bunt, Max Fazakerley-Owen, Max Thompson, Izzy Macpherson, Aimee Wandless, Maddie Jose, Jess Goldsmith and Ozzy Scarbrough making up the final eight.

We hope that by the time the 2022 FAFTAs come around, you can join us in school for the awards ceremony. Head of Drama, Jez Eden, said “what a great first FAFTAS! Thank you so much to all the talented performers. There was a diverse and high standard to make a difficult choice from. Next year, we hope the choice will be even more difficult.”