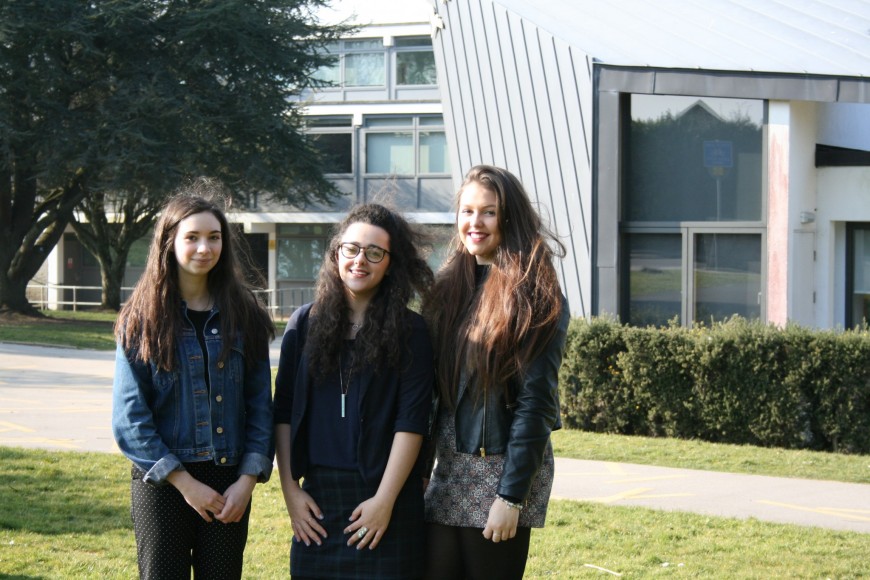 After much deliberation and a series of tough interviews, Falmouth College have elected a new Student President Team. Eden Georgiou has been elected as the new president, taking over from Freya Tuffery and will be deputised by Anna Freeman and Ebony Wright, who take over from Alex Pinhay and Charlotte Emsden respectively.

The girls will begin their role after the Easter break from April 14, following a brief handover process and following the busy and important exams schedule will start work on such things as helping the current year 11 pupils decide on their options, act as front of house at key events and give advice to potential new students joining the college.

New president Eden spoke of her pride at being appointed. “I’m extremely grateful to be given this opportunity and I’m so proud of the two girls who have been elected with me. Being nominated was a proud moment in itself, but to get here I’m a bit shocked yet extremely excited” said Eden.

Anna and Ebony spoke of the tough process and the impact it will have later in life. “It was quite a grilling! The questions were really tough, especially as they were asked by the current team, so obviously we wanted to impress them” said Anna. “The interview process was definitely very useful moving forward and is good experience for similar interviews in the future for university, or for jobs. As tough as it was it really did give you that extra bit of confidence for next time” added Ebony.

The girls are keen to make an impact and hope that more and more students will know about the Student President Team. “I’m looking forward to trying to fill the big shoes left by Freya, but that’s the challenge” said Eden. “Personally, I want people to know about us a bit more. We want to be good role models and give younger students something to aspire to. The main objective is to provide support for the anxieties that come from being a student, in terms of homework, exams and career choices” she added.

If you are interested in joining Falmouth College you can apply now! Please contact college@falmouthschool.net or request an options booklet (also available online). There is also an Open Morning for Vocational Subjects, including Construction, Childcare and the Hair Academy, featuring demonstrations and hands on workshops on Saturday 23 April at Falmouth School from 9am.